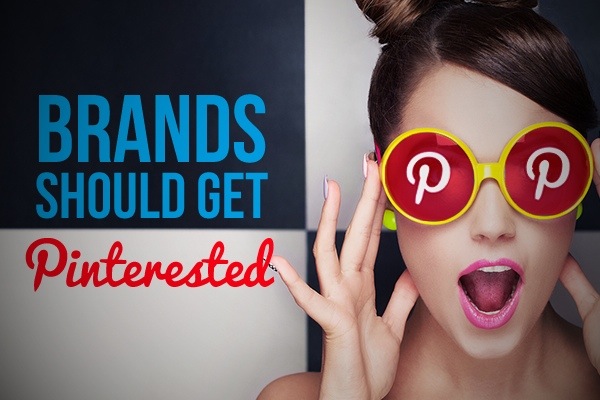 Brands should be Pinterested

If you’re in the ecommerce business and you don’t have a well-stocked, lively Pinterest page, you’re literally losing sales. Kevin Roose argues in this post on NY Mag that Pinterest is a bigger deal than we imagine for the commercial world. This is because Pinterest is designed to encourage spending in an user base already eager and able to spend.

Some remarkable facts about the pint-sized platform:

• Pinners are 10 percent more likely to make purchases on ecommerce sites than users of other social networks.

• Pinners, on average, spend twice as much per order than Facebook users.

These numbers alone are enough for brands to pay serious attention to Pinterest. But why does Pinterest obtain the results for ecommerce brands, that other social media don’t?

Pinterest delivers high conversion rates because its users are more willing and able to spend.

The users Pinterest attract are more niche than the users Facebook and Twitter attract. Most Pinners are adult women under the age of 50 a good half of them have children, and a disproportionate number of them have high purchasing power to begin with – 28.1% of Pinners have an annual household income of $100,000 and above.

If the average Pinner was profiled, they would be “white, college-educated women under 50″. Put that together with the fact that women make about 85% of all consumer purchases, and that 19-39 year olds are hte fastest growing consumer segment in America.

Basically, the average Pinner is worth more to businesses than the average user on other social media.

Or, as Roose puts it, Pinterest selling point to the commercial world isn’t its size, but the buying power of its users.

Robert Moore observes that the unique thing about pinning is that it’s aspirational. Pinterest as the virtual equivalent of a recipe binder for the avid home cook. Each page ripped off a cookbook or magazine and added to the binder is an indication of an intention to make that dish.

Also imagine that this recipe binder allows our home cook to peruse her friends’ binders, and them hers – at any time, from any place – and you see many more people aspiring towards many more culinary projects.

Now imagine if, for every page our home cook ripped off a food magazine, the recipe binder would refer her to a related page in a friend’s binder, or in another magazine.

That’s what Pinterest does for its users, many of whom are lifestyle brands. It refers a products to users who are mostly likely to be interested in them. And then a Pinner who pins that product refers it to people who are already interested in her tastes and preferences. Pinterest lets users easily discover things they never even knew they wanted.

Brands are using Pinterest in more ways than one – and not just fashion and beauty brands.

And Pinterest’s usefulness extends far beyond fashion and food. Many brands are already using Pinterest, from tech brands like HubSpot and Klout, to NGOs like the Make A Wish Foundation, and even Government brands like the Cincinnati Zoo.

You can use Pinterest in many more ways than just displaying products. Klout, for example, has Pinterest boards for social engagement (KloutSXSW, Klout for Good, and Klout Eats), as well as for content sharing (Klout Infographics).

Social media experts have this to say about the usage of Pinterest in ecommerce:

Marketers sometimes miss the mark with images. On Pinterest and on other social networks images are often seen in isolation and the viewer has to make an extra effort to read the text of the pin description to understand it. A simple text overlay is an easy way to clarify the meaning of the image and can increase click throughs.” Cynthia Sanchez (edited for length)

And it doesn’t have to be this way, since it barely costs any time or effort for brands to get on the platform, and especially since there are numerous social media experts writing tips on how to maximize Pinterest for your brand. We wrote a post ourselves about how Rich Pins can help your business, and Vincent Ng (who founded the Pintalysis Marketing Blueprint) outlined severalPinterest tips on Ecommerce Rules.

Brands should use Pinterest if they’re not already on it; and brands that are already Pinners should keep improving the way they utilize the platform.

Roose invites us to imagine the marketer’s perfect tool:

Ideally, you’d want that social network to be filled with women between the ages of 19-39. You’d want it to be the place where people plan their weddings, pick out furniture for their homes, discover recipes for dinner parties, and plan their outfits. You’d want it to feel less like a social network than an interactive catalog, where users can browse and buy your products, and share the ones they like with their friends.

So really, there’s no excuse for ecommerce brands not to be on Pinterest. If you do get an account or already have one, hit us up! We post ecommerce and marketing content that we find fun and helpful.